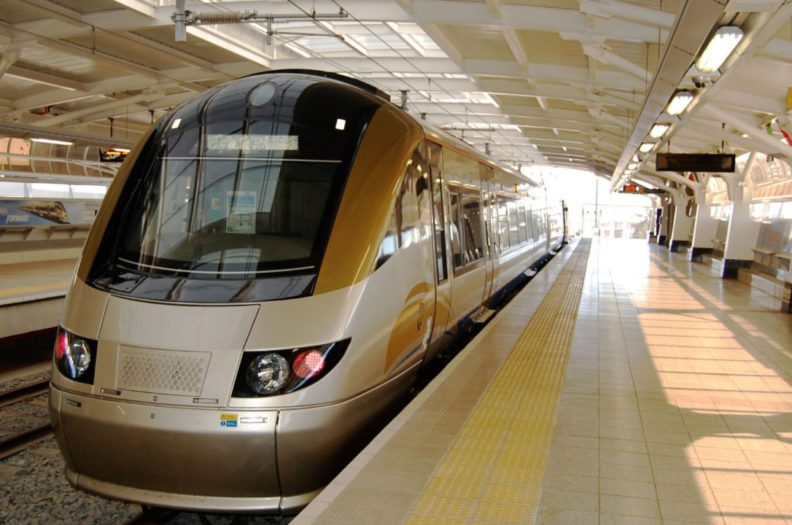 South Africa is known to have one of the highest income gaps in the world so there is a stark difference between facilities that are accessible to low income earners and the middle class. The majority of the transport was used by commuters who did not have their own transport, and was a result of necessity rather than convenience. Problems that are common with these modes is being overcrowded, like trains and minibus taxis, and being unsafe.

First, we will start with the modes of transport that are safe to use and are recommended for tourists and anyone who doesn’t have deep familiarity with South African Public Transport.

The introduction of the Gautrain changed the face of public transport in South Africa. The 25 billion dollar project made it feasible for professionals to use public transport and no longer have to suffer traffic on Gauteng’s highways.

The gautrain has various stops that run from the Airport, Rosebank, Sandton, Midrand and Hatfield in Pretoria. There are also usually shuttle services available between companies for workers. Hotels and things like that also tend to offer shuttle services to these transit POIs. At its price point it is not affordable to the average South African and you pay a premium for the conveniences it comes with. The coverage of the Gautrain is quite limited but there are plans to continue increasing its coverage.

There is a Gautrain bus that covers more ground, and serves to transport people between Gautrain stations and specific suburbs. There is also parking for the day at the Gautrain station for commuters.

The Blue Train is a luxury train that travels long distance routes between the tourist destinations of Cape Town, Pretoria, Hoedspruit, and Kruger National Park. This route is specifically for sight-seeing and runs with variable frequency. The route from Pretoria to Cape Town runs weekly, while the route to Hoedspruit/Kruger National park was added recently and runs bi-annually. Some of the luxuries on the blue train include a butler service an observation car, and carriages with gold-tinted picture windows

Uber is an increasingly popular way to get around in the world and South Africa is no different. It is particularly popular with business people who during the day, and with party goers at night. While it is expensive compared to other forms of public transport it is helpful for those who don’t have cars, and it saves people from having to drive under the influence. The going rate for an Uber is about R10 per kilometer for UberX.

Domestic Air travel in South Africa is available between 7 cities. Those cities are Johannesburg, Cape Town, Durban, Port Elizabeth, George, East London, and Bloemfontein. Johannesburg is the only city with more than one airport, the first being Oliver Tambo International Airport, and the second being Lanseria International. Airfare varies from the different airlines can vary from R600 if you book far in advance, up to over R3000 on overbooked flights. In general, you will pay in the region of R1000 for a flight.

Some transport modes like buses and trains a have different class lines. Some are convenient and reliable while others aren’t. The separating factor for these is often price.

Buses services in South Africa are varied, and for most purposes, they are used by local South Africans. There are daily commute buses that are typically used by low income earners, such as Putco line of buses that mainly run from townships to city centres. Within the city centres, there are the public service buses like the A Re Yeng and Rea Vaya. For middle class commuters and professionals, the preferred option is the Gautrain bus

The Shosholoza Meyl is in the grey area of safety and reliability. Over recent years, there was refurbishing of vehicles, and policing of railway stations that were frequented by commuters. The services are also divided into Premier and Tourist classes, with different levels of convenience. There are, however, still reports of the trains not being reliable, but it is not as high risk as the alternatives below.

From here on out, are modes of public transport that are avoided by people who can afford to. They are plagued with issues like being crowded, the vehicles not being maintained, and a high risk of crime and accidents.

Minibus taxis are the most common type of transport to the average South African. Once can write a book about the minibus taxi mode of transport and its nuances, and still have enough left for several volumes. The transport system in South Africa is like nothing else in the world. The fee for a minibus taxi starts from around R15 for taxis within a city. Using the system requires specific knowledge of the taxi route with regard to where you are picked up and where you will disembark. The taxis are not very safe and taxi drivers are completely different brand of people. They can stop in the middle of the road and have very little regard for road signs and often rules of the road. It is something that is completely unique to South Africa. When taxi drivers go on strike, it can virtually bring the city to its knees as a great deal of the workforce will not make it to work. There is a quip in South Africa where someone’s questionable driving can be referred to as “driving like a taxi driver”. That is telling of the reputation that minibus taxis have.

There are three train classes in South Africa. The first is the Metrorail system which has for long been used by working class South Africans. This transport is the cheapest in South Africa, but also the least safe. The unsafe nature of this transport is due to both reported accidents on the railways and crime. This is a mode of transport that definitely should be avoided.